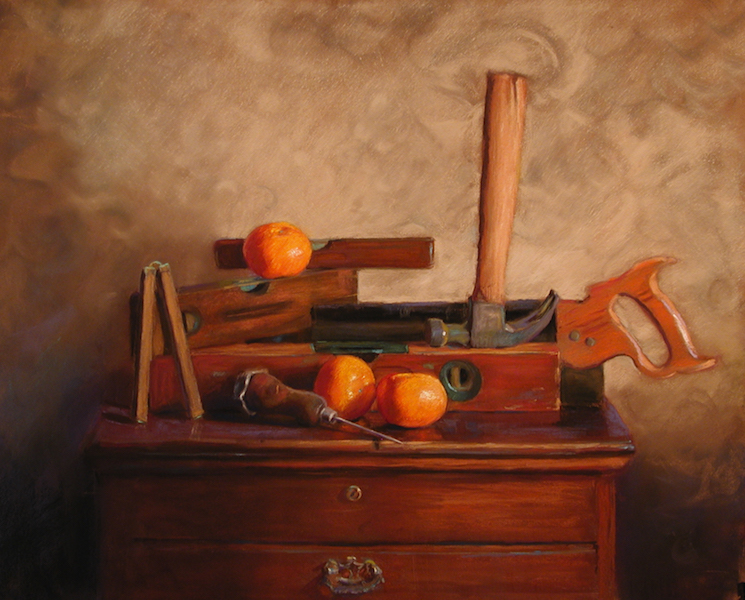 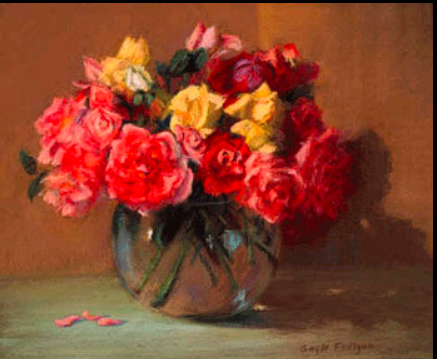 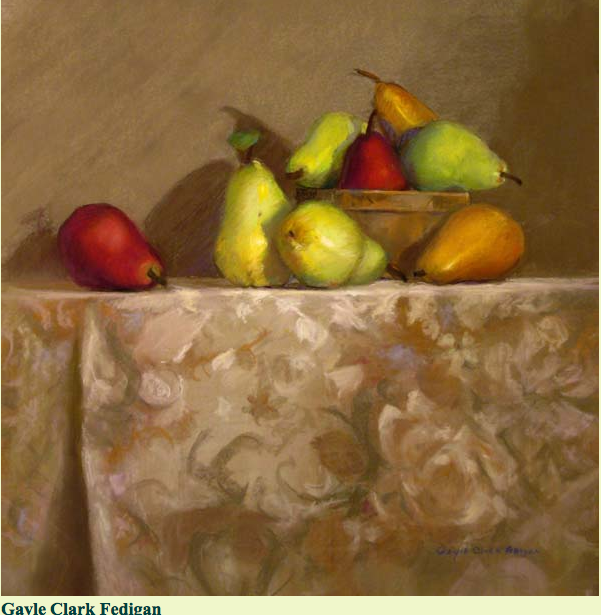 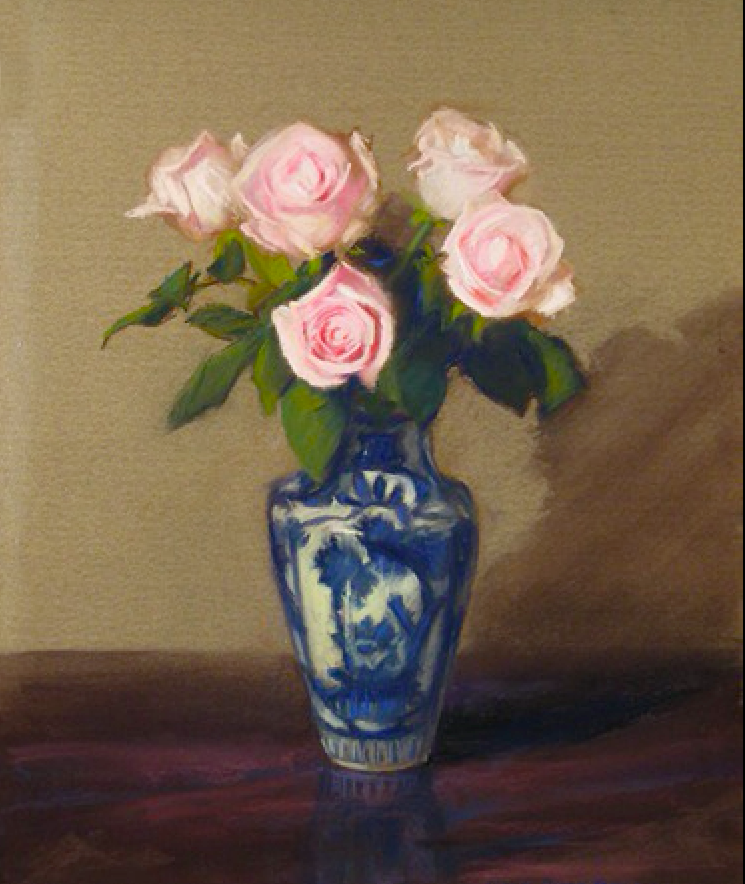 The Fragrance of Roses 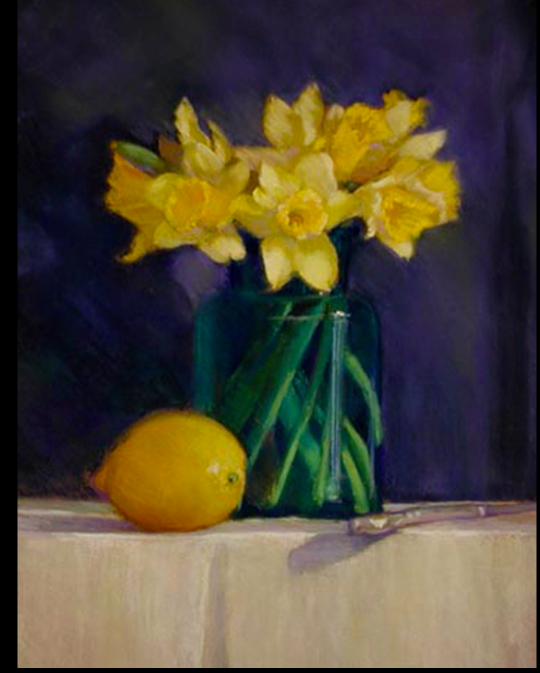 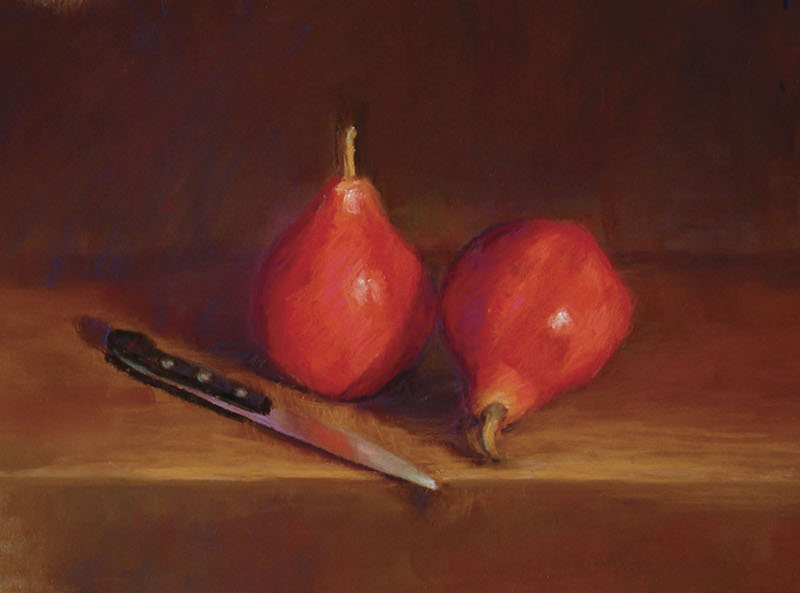 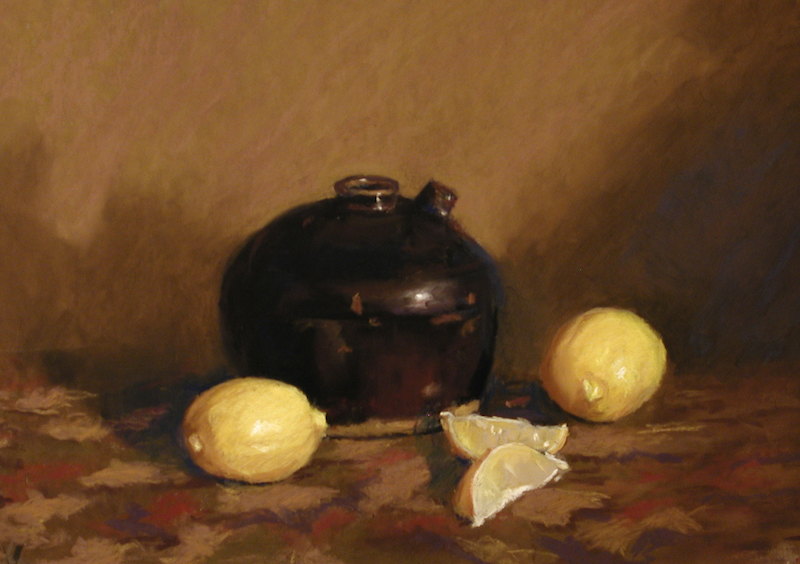 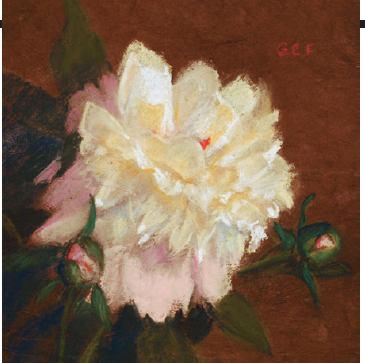 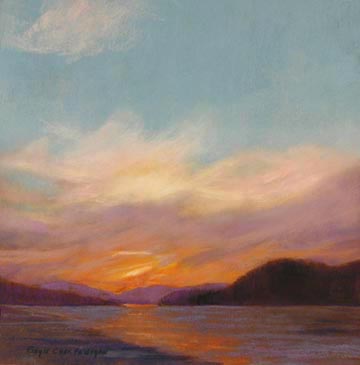 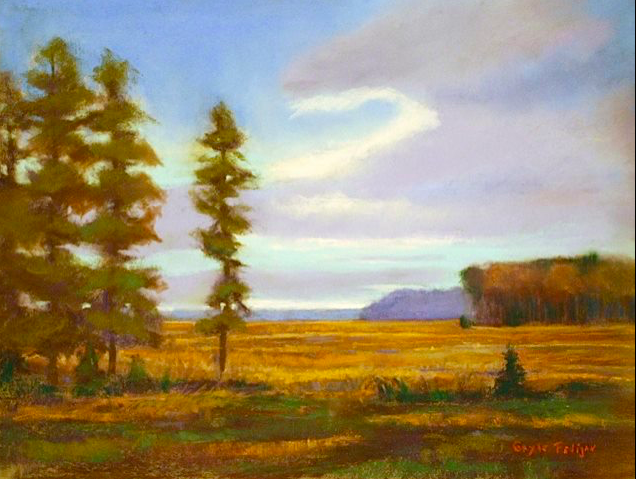 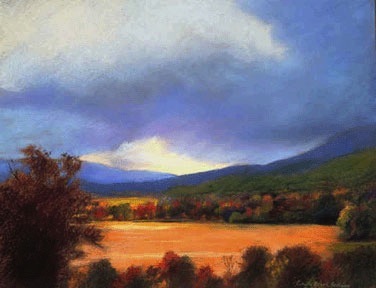 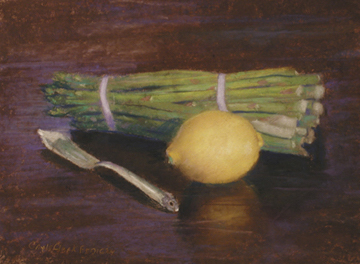 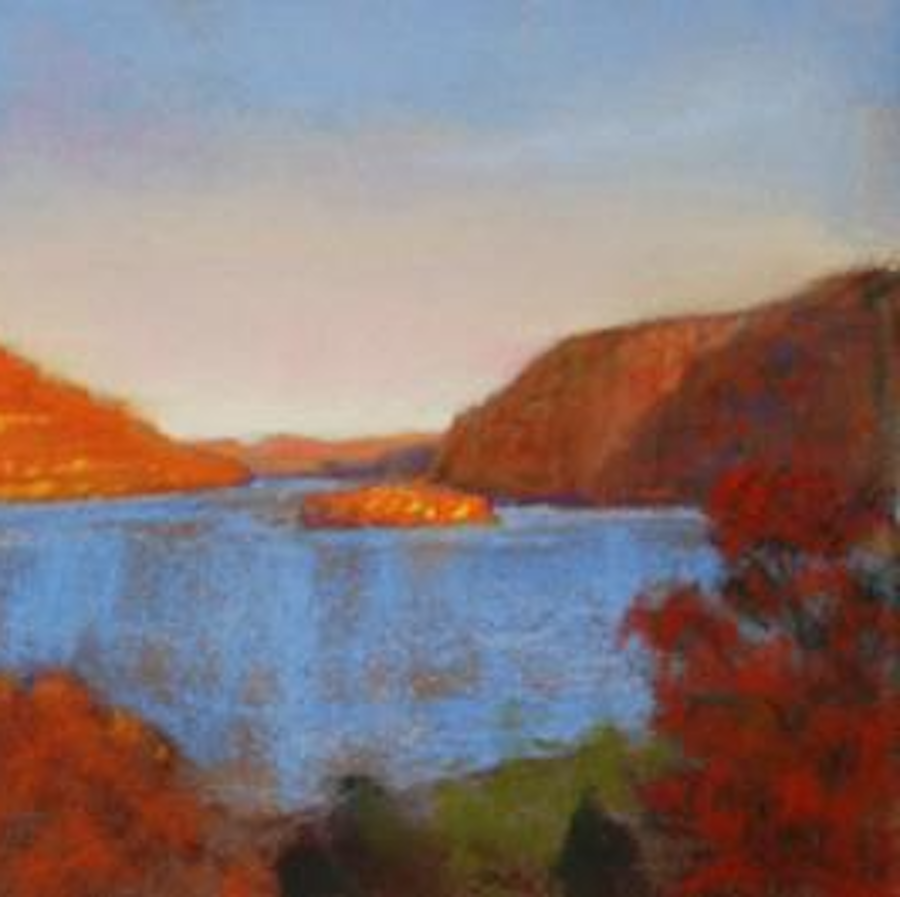 Painting is my meditation on Creation.
It empties me of everything but the moment
and what gifts I bring to it. Whatever knowledge,
seeing and inspiration I possess give birth to my
work.
One of my many teachers, Lisa Specht said :
"knowledge is the one thing you can give away and still keep"
I have been blessed to be on both the receiving and giving ends
of that equation from all my teachers and students.
Painting is my joy. Every painting represents
an honest attempt to make it my best.

Gayle Clark Fedigan's paintings hang in collections throughout the United States and abroad. She teaches pastel painting at the Desmond Center (formerly a campus of Mt. St. Mary College in Newburgh, NY )the Wallkill River School of Art, Montgomery, NY, and the Burren School of Art in Lisdoonvarna, Ireland, in France and in Italy. Gayle's most recent shows were at Windham Fine Arts in Windham, NY, Hudson Valley Gallery, Cornwall-on-Hudson, NY, Riverwinds Gallery, Beacon,NY and are currently at the Mark Gruber Gallery In New Paltz, NY.   Gayle was recently selected as an Active Member of the Woodstock Artists Association and an Associate Member of the Pastel Society of America. She is also a member of The Cape Cod Artist Association in West Barnstable, MA, and serves on the board of the Historical Society of Newburgh Bay and the Highlands.
She was a Member of the Kent Art Association in CT, Garrison Art Association in Garrison, Artists-on-Campus, Mt. St. Mary College N.Y. for 35 years, and on the board of the Orange County Arts Council. Mrs. Fedigan was the founder and director of the Hudson Valley Pastel Society that showed primarily at Eisenhower Hall, West Point, Gallery of 1929.
Gayle was the owner and artistic director of the Gayle Clark Fedigan Gallery at 240 Hudson St. in Cornwall on Hudson, NY, which promoted 20 additional artists. Mrs. Fedigan has done many pastel portraits. She was co-owner, with the late Margaret Johns, of Two Visions Gallery at the Brotherhood Winery in Washingtonville, NY for nine years. She was also gallery director of the Middletown Arts Center and the Lycian Center, Sugarloaf, NY.
Her works have been selected by four of the Pastel Society of America's Annual 'Pastels Only' Juried Shows, Allied Artists of America in N.Y.C and the Catherine Lorillard Wolfe Art Club at the National Arts Club, 15 Gramercy Park South, NYC Her painting "Basket of Apples' was selected by the American Artists Professional League, for their show at the Salamugundi Club in NYC, and for the Degas Pastel Society Show in New Orleans. She has exhibited in both the Ridgewood Art Institute Juried Show, NJ, and in Woodstock at the Woodstock Artists Association. Her works have been included in the Connecticut Pastel Society's Juried Show, "Renaissance in Pastel", held at the Paul Mellon Arts Center, Wallingford, Conn. and the Middletown Art Centers Invitational Exhibit. Gayle exhibited at the Pastel Society of North Florida Annual Juried Show and the juries of the Kent Art Association, Kent, Conn. and Cape Cod Artist Association have selected her paintings.      Locally she has been presented at The Class of 1929 Gallery at Eisenhower Hall, West Point, The Bethlehem Gallery in New Windsor, NY, The Howland Art Center in Beacon, NY, The Highland Art Center in Highland, NY, The Museum of the Hudson Highlands at Kenridge Farm in Cornwall, NY, the Cuneen-Hacket Cultural Center in Poughkeepsie, N.Y., the De Peystre Gallery in Tivoli, NY, a "Fedigan & Friends" show at the Lyric Gallery in Highland, NY and the Star Gallery in Middletown, NY. She had one-woman shows in Painter"s Gallery in Cornwall-on-Hudson, NY, Two Visions Gallery in Washingtonville, NY, Mount St. Mary College in Newburgh, NY, and The Museum of the Hudson Highlands in Cornwall, NY. She had a 2 person show at the Desmond-Fish Gallery in Garrison, N. Y with fellow pastelist Dr. Margaret Johns.
Numerous awards and honors have included The Francis Joseph Egan Professional Award, the Best in Show and First Place Pastel at Mt. St. Mary College, and "The Faculty Selects Show" S.U.N.Y., New Paltz, N.Y. She has won pastel awards in The Orange County Arts Federation Show, the Pine Bush Art Center Show, and the Main Frame Gallery award at "Annual Art Open Exhibit", Arts Council of Orange County. Gayle also won a Purchase Award at the Washingtonville Centennial Show and the James A. Aiken "Best Pastel" award at the Kent Art Association. Also at Kent, she won the "Award of Excellence" in pastels, First Place in Oils at the Orange County Arts Federation and First Place in Pastels at The Old Greenwich Art Society Show and Cape Cod Artists Association. Her paintings were presented as awards to Sandy Berger, former National Security Advisor, and Mary Pope Osborne by Sen. Jay Rockefeller.in Garrison, NY.